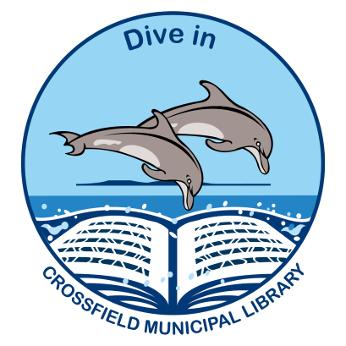 About Us Toggle navigation

Our library began on January 28, 1953.  From the minutes of the first meeting:  “Following initial steps taken by the Crossfield Home and School Association at their meeting on November 19, 1952, a meeting was called to order on Wednesday, January 28, 1953 in the Crossfield High School by Mr. Tom Bland for the purpose of hearing the reports from the representatives of local organizations regarding the formation of a Public Library for the cultural and educational benefit of the people of the Village of Crossfield and the surround territory.”

Initially, the books were kept in boxes in the ladies cloakroom at the old Community Hall.  According to Crossfield’s first paid librarian, Ann Grover, the books were brought out and displayed during the library hours and at closing time, they all had to be put back in boxes for another week.  In 1957 the Library Board accepted the use of a back room in the Town Office.

In 1977 when the new arena opened with its indoor skating rink, the Library Board was offered the building used by players and skaters at the outdoor rink in Banta Park.  The Lion’s club undertook the task of renovating the building to be used as the library.

In 2011 renovations were undertaken to allow for the rental of a room from the then "Golden Key Club" so that we could have a larger space for our children's programming and materials.  Finally, in the fall of 2015, we started renovating the old Oliver Hotel and Bar on Railway Street as the home of our new library.  Two long and exciting years later, on October 16, 2017, we opened our doors at 1210 Railway Street in the beautifully re-done building, with 6200 sq. ft. for materials and meeting rooms spread over 2 floors and an additional 3000 sq. ft. of storage space in the basement.

Dive in to your library with our monthly newsletter

Discover the latest new releases, see what programs are being offered, and much more! You can unsubscribe at any time by clicking the unsubscribe link at the bottom of the emails.